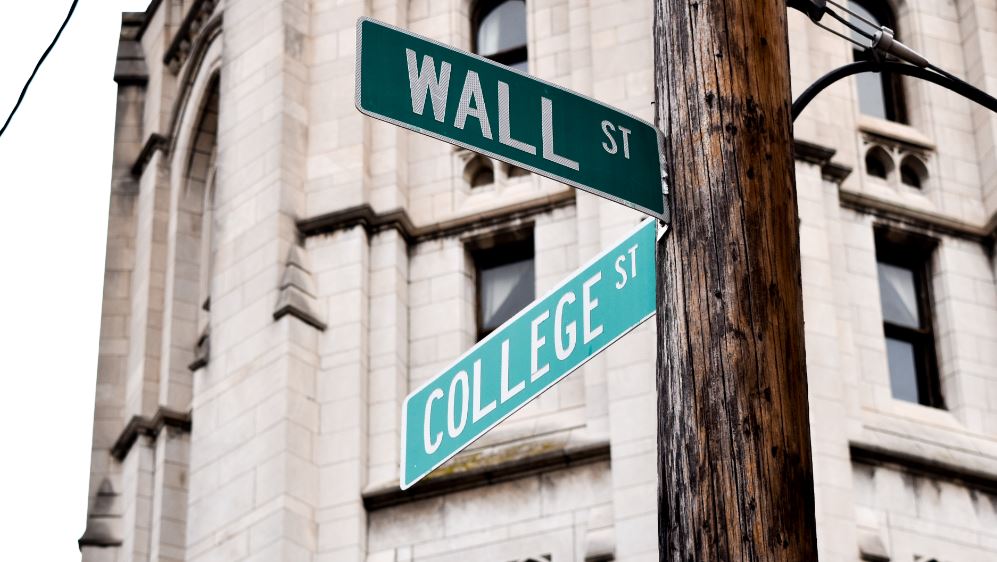 Money is an element of most people's compulsion to work in finance, but if you're just in finance to chase the highest paying jobs, you're doing it wrong.

David Swensen, the chief investment officer for Yale University's $31bn endowment fund, who died this week of cancer aged 67, was a case in point. Despite being one of the best investors of his generation, Swensen resisted the lure of hedge funds and spent his career working for Yale. He earned tens of millions, not billions.

“People think working for something other than the most money you could get is an odd concept, but it seems a perfectly natural concept to me,” said Swensen in a New York Times interview 14 years ago. Colleagues would leave to do "essentially the same thing" for more money in funds and hedge funds, but Swensen said he stayed because working for the Yale endowment gave him a "sense of mission." - In an interview for his obituary in 2014 (two years after he'd been diagnosed with cancer), Swensen said: “One of the things that I care most deeply about is that notion that anyone who qualifies for admission can afford to go to Yale, and financial aid is a huge part of what the endowment does.”

At a time when a generation of young people are all about careers with meaning, Swensen shows how meaning might be achieved. Aged 31, at the start of a fledgling banking career with Salomon Brothers, where he structured the first currency swap, Swensen gave up banking and took an 80% pay cut to join the Yale endowment fund. "He was the only candidate among many who thought and could talk intelligently about what was special about managing the large endowment of a tax-exempt university,” recalls his interviewer of the time.

That was 1985. In the next 35 years, Swensen grew the fund from $1bn to $31bn, despite losing 25% during the financial crisis. He said his investment approach involve a combination of "common sense (don’t put all your eggs in one basket) and finance theory (diversification is a free lunch)," coupled with an "understanding of the long-term nature of endowment," which prompted him to increase the equity exposure of the fund.

It more than paid off. - Swensen became a legendary investor and a man of legendary integrity. The eulogies of friends and proteges are heartfelt and glowing. Swensen "was just an incredibly wise man," says one ex-colleague. He was "truly wise, generous, fair, gentle, and decent, a man of rare grace and principle who loved his family, Yale, friends, colleagues, & life itself," says another.

When Swensen was first diagnosed with cancer his colleagues reportedly recommended that he work his way through a bucket list. He said he wanted to continue working for the endowment: "This is my bucket list.”

Separately, Bloomberg has sent a journalist to explore the area on Bangalore's outer ring road that houses thousands of technologists and middle and back office employees working for the likes of Goldman Sachs and UBS. "The buildings stand eerily empty," she declares, adding that although most employees are working from home because of COVID, Indian operations are coming under "intense strain." - At UBS as many as 25% of employees in some teams are said to be absent; at Wells Fargo some work is running behind schedule. The problem is not just employees becoming infected - it's the struggle to look after sick family members, and the scramble to find medical care and oxygen.

Credit Suisse traders can't take much risk until the review of the business is over. "The amount of risk-weighted assets and leverage exposure for both the investment bank and the group will be constrained by the board, in conjunction with Finma, until the review is complete." (FiNews)

Credit Suisse boosted its headcount by more than 100 across Asia-Pacific this year. Almost half those net hires happened since March. (Bloomberg)

JPMorgan moved another $216bn of its balance sheet to Frankfurt last year. (Bloomberg)

Andrea Orcel has opined about M&A at Unicredit. “With respect to M&A, it is not a purpose in itself but I do see it as an accelerator and a potential improver of our strategic outcome where it is in the best interests of shareholders and where we have full confidence in our ability to execute it.” (Bloomberg)

34 year-old Michael Jabre, the son of star hedge fund manager Philippe Jabre, has started his own on fund focused on “conscious capitalism" after observing "all the greed" in the financial system. (Financial Times)

Natan Tiefenbrun, head of agency equities trading services across EMEA at Bank of America, left to join Cboe Europe as head of European equities in London. (The Trade Europe)

KPMG staff only need to be in the office two days a week. (Financial News)

HSBC cleaner wrote a viral note to her manager after his "cruel words" prompted her to quit. "Be kind — because you are all no better than the cleaner.”  (The Times)

Photo by Markus Leo on Unsplash