20-something Singapore bankers under pressure in big new jobs

Over the past year, analysts and associates at banks in Singapore, Hong Kong and other global financial centres have been in high demand, with salaries spiking up as a result.

In theory, this is good news for younger bankers, who could find themselves landing promotions more quickly than expected. In reality, however, a rapid promotion into a new role can be a stressful experience.

“The problem now in investment banking in Asia is that when a director or MD leaves it’s become very common for someone less senior in their team to take on their role even if they don’t really have enough technical and management expertise,” says an ex-HSBC banker who has left the sector for fintech.

“Even if you don’t actually move up a job rank, you suddenly have all the responsibilities of a more experienced banker,” she says. “Your workload could be double what is was, so there’s big potential for junior investment bankers in Asia to burn out prematurely.”

The leaner IBD teams in Asia become, the more pressure is heaped on 20-something staff. “At HSBC, for example, the Southeast Asia ECM team was only me and a director. As an analyst I wasn’t just doing the typical paperwork and pitch books, I was doing associate-level work too – all the internal and external coordination on deals,” says the former banker.

Investment banking deal teams in Asia are already lean by Western standards. "As a result of small deal-team sizes and being the only analyst, I get to frequently meet clients and travel to mainland China, where most of them are based," says a Hong Kong-based third-year Goldman analyst. "If you want an analyst job that just involves crunching numbers at your desk, Goldman in Hong Kong isn’t for you."

A heavy workload isn’t the only problem for freshly promoted junior bankers in Asia. “If young people who take on new roles end up failing, it’s often because their people management skills let them down,” says an analyst in Hong Kong who’s recently moved to a more senior job at a major financial institution. “Your interpersonal skills are much more important than your technical ability – you can always learn the new knowledge on the job.”

“A lot of what drives the early success of young bankers was learnt from their studies,” adds a Singapore-based recruiter. “These newly promoted managers need to realise that what worked to get them promoted quickly up the ladder doesn’t necessarily work once they reach a more senior position. To continue to succeed they must manage internal relationships and gauge the politics within the bank. But these are leadership competencies that rely on the sort of experience that a young banker may not have.”

While many young bankers in Singapore and Hong Kong are – at least initially – relishing the opportunity to become managers, headhunters are now noticing an uptick in people burning out and wanting jobs with reduced workloads.

“We’re coming across more candidates citing ‘lack of work-life-balance’ as a reason for leaving – and some are leaving their banks without a job,” says Ivan Tang, a former Societe Generale banker, now CEO at recruiters Tangspac Consulting in Singapore. “In more extreme cases, we’ve seen young directors who were promoted from VP grade getting dismissed within a year for not performing. The stakes are higher after a promotion.”

The former HSBC banker adds: “More young bankers in Asia these days are thinking ‘I’m not so tied to my five-figure salary; I need my life back’. More of them are slowly starting to believe that banking isn’t the only career option – the growth of the fintech sector in Asia has helped with this.”

Photo by Robert Anasch on Unsplash 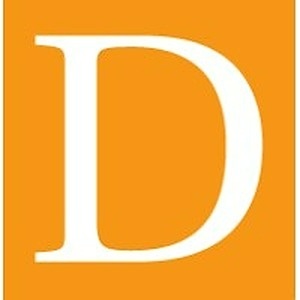