First you will quit finance forever, then you will come back again 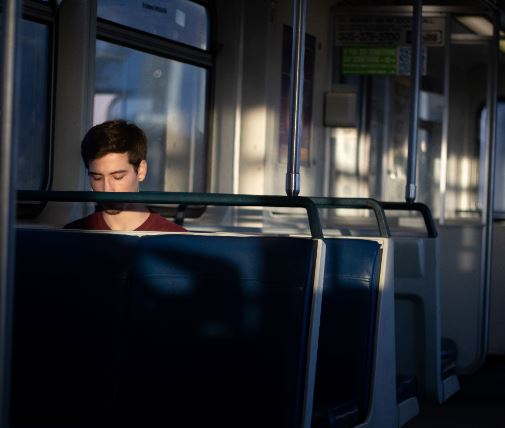 When Mark Franczyk left his job as a vice president (VP) at JPMorgan in New York City in 2014, he thought he wasn't going back. After exhausting himself working long hours in IBD (there were occasions when he worked 72 hours straight), Franczyk quit to become a baker and studied 'pastry arts.' "I’m focusing on pastry because there’s a technical, even scientific, element to it, and it reminds me of working on a banking deal," he told us at the time. "You have to be really organized, run multiple timelines and be incredibly precise.”

However after a year in pastry and a year at a boiler management start-up, Franczyk came back - not to JPMorgan or to Wall Street, but to Christopher Street Financial, a Park Avenue based wealth management company with a focus on LBTQ clients, where he's been director of finance since January.

Franczyk says his return to finance was a "random coincidence." - "I was introduced to the owner of an investment advisory firm right when I was thinking about returning to work, now that I have a son who is turning five. While I was stay-at-home with him while he was a toddler, working in restaurants was a logistical impossibility."

His new role is more than a 9-5, says Franczyk, but is also a "far cry from the craziness that was investment banking. - Much more tempered personalities, perspectives and positive attitudes."

Franczyk's return to finance reflects the nuances in what can often seem a binary decision. If you quit a long hours job in an investment bank you don't have to quit all of finance. And even if you do, you can actually come back.

Franczyk says he has no regrets about leaving to become a chef. "I loved it. It was much more satisfying for so many more reasons. - I truly enjoyed what I was doing, and couldn't be happier that I made the move. It also really provided a good shift of perspective. Banking is such an insular little bubble. It's amazing how myopic people can be within the industry."

He also says that if you're having doubts about your banking career, there's no harm in admitting them. "If you are finding yourself frequently fantasizing about leaving banking, take that as the first sign that you would likely be happier elsewhere. There are countless other fields for intelligent and motivated individuals to pursue."

Even the change in income is manageable: "I think most bankers, if they are being honest with themselves, realize that what the make in finance isn't necessary to live comfortably," says Franczyk . It's not really the money that keeps people in banking, he says: it's the sense of status.

However, finance does have several things in its favor - especially during COVID when restaurants are closed and there's an added benefit to working from home. Working in catering is, "absolutely is as rough, if not rougher," than banking, says Franczyk. "- I always tell people, in banking you may work non-stop. In food services, you also work non-stop, but you never get to sit down.

Photo by Valentina Troncoso on Unsplash