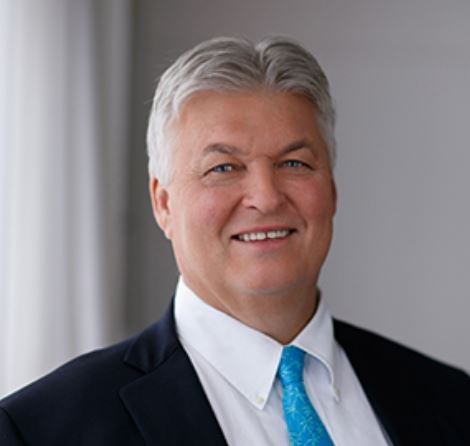 As the Northern Hemisphere trickles back to work after summer, at least one senior banker seems set to turn his vacation into a lifestyle choice. As we reported last week, Tom Montag, the long serving COO and all-powerful president of Global Banking and Markets at Bank of America is retiring. But the manner of his retirement seems a little unusual.

Rumors of Montag's impending exit had been circulating internally at BofA since early summer. Previously posited as a potential CEO when BofA CEO Brian Moynihan retires, Montag's crown was set askance by a New York Times article published in May 2021 that accused him of a favoritism detrimental to the bank's culture. Internal observers noted that the same New York Times journalist wrote a previous article on the challenging culture on BofA's trading floor at the height of the pandemic one year earlier, and that this piece seemed to contribute to the exit of the then head of equities, Fabrizio Gallo. - Taken in combination, there were suggestions that people internally were briefing NYT journalists against the culture in the trading division that Montag ran.

Within BofA, Montag - who controlled businesses generating 46% of BofA's revenues in the first half of 2021 and who joined the bank during the crisis of 2008 after years at Goldman Sachs - had long been seen as an up or out kind of guy. "He was either going to replace Moynihan, or he was going to retire," says one senior trader. Business Insider notes that the pendulum seemed to swing in favor of Montag's retirement in July after several of his deputies were elevated to the management team. Montag subsequently wrote to colleagues reflecting on his career and achievements. "It was basically a goodbye email," said one.

Insiders also pored over Moynihan's response to the critical article in the New York Times in May for clues as to Montag's future. “It is a not a cultural problem, and Tom has done a great job driving that business,” Moynihan told Bloomberg shortly afterwards, prompting some to note that he was already referring to Montag's achievements in the past tense.

Even in Montag's exit were inevitable, Business Insider notes that it seemed to be peculiarly low-key for a man who's dominated Bank of America for 13 years. Montag was reportedly on holiday in Hawaii when his retirement was announced and other key BofA executives were away in the Hamptons. Far from the prolonged farewell tour envisaged by some for Montag's departure, the 64 year-old seems to be going with a whimper rather than a bang, and no one knows yet who'll be replacing him.

Some of those who'll miss Montag most will be the army of ex-Goldman Sachs bankers he hired into BofA's fixed income division - including, most notably - Sanaz Zaimi - hired in 2009 to run bond sales and who has latterly been running fixed income sales out of Paris (although some suggest she's rarely seen there). The New York Times claimed that Zaimi has said that if Montag ever leaves BofA, she'll leave the same day; maybe she was on holiday when she got the news.

Montag's exit leaves BofA's markets business in a state of flux. While he traditionally ran the fixed income business, Gallo ran the equities business (and hired in his own army of ex-Morgan Stanley traders). Both men have now gone.

Business Insider notes that BofA has a "deep bench" of potential Montag replacements, including Jim DeMare, the head of fixed-income trading, atthew Koder, head of the global corporate and investment bank, and Alastair Borthwick, the head of commercial banking. The transition away from Montag may not be "disruptive," but it will be a big change. - The "friends of Tom" cited by the New York Times are losing their protector. "He was like a dictator," suggests one insider; there will be a power vacuum when he's on the beach instead.

Separately, the Financial Times suggests that bankers who move into private equity might not be motivated solely by the lure of carried interest, but by the potential to boss some of their previous colleagues around and to escape being bossed around themselves. “They are a complete pain in the ass,” says one banking managing director (MD) of his private equity clients. - The FT says that often a 30-year-old private equity guy will require bankers to jump through hoops and perform "tedious financial analysis or due diligence" at all hours of the day and night without even saying please or thank you.

Stephen Yiu, head of London-based fund, Blue Whale Capital, says the older generation of investors don't understand technology stocks and having got burned before think they'll be burned again. "I think to the younger generation, most people actually understand what’s going on. If you look at our top 10, at one point, we are probably direct or indirect users of some of these services ourselves, whether it’s personally or through business.” (Bloomberg)

Child of bankers Connie Nam left her own investment banking career and set up a jewellery business. "Working from 9am until midnight was normal, but sometimes I wouldn’t get to bed until three or four in the morning.” (The Times)

Hedge funds like including Millennium Management, Bridgewater Associates and Point72 Asset Management, are requiring U.S. staff to be vaccinated before returning to the office and are delaying the return until October or November. (Bloomberg)

London banks are still planning to return to the office in September. (Financial News)

Russian Bank VTB has moved its chief executive and chief operating officer from its London investment banking business to Frankfurt in the wake of a strategic business review. (Intellinews)