TikTok is full of people complaining about their banker boyfriends 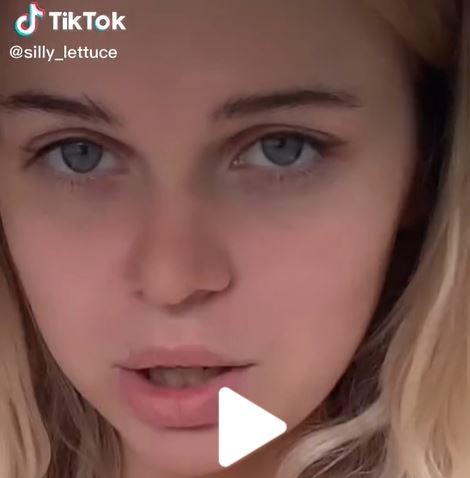 If you're a junior banker and your girlfriend/boyfriend has been complaining about your working hours, you might want to check they haven't taken to TikTok. Posting about the experience of dating bankers seems to have become a TikTok niche.

The most popular video in the genre, posted by Silly_Lettuce, who genuinely seems to be dating a banker and whose video features a JPMorgan Patagonia-style vest presumably owned by the boyfriend, cautions about finding yourself a boyfriend who works until 3am and who works weekends. It's had 1.2m views and is still going. However, based on a subsequent Silly_Lettuce video its virality has caused some issues. "My boyfriend works long hours and I support him fully," she says in the comments. "I'm just saying it's not that easy when you don't see him a lot."

In another video (posted by Ricecakesaregreat), a banker gf details a weekend that involves her banker bf sitting in front of his screens, pacing the room on his phone, checking his phones at a restaurant, using his laptop in bed, and using his phone and iPad at a baseball match. "This is satire?" suggests one commenter. Maybe not.

In yet another, a Melbourne banker's girlfriend called hdinhd44, posts a video of him staring at his screen for hours in various stages on undress. And for Halloween, one girlfriend proposed she should have dressed up as an HP Monitor so that he took some notice of her.

Being outed for working long hours by your girlfriend on TikTok might not be a bad thing. Silly_Lettuce said that after she posted the initial video about her boyfriend, over 200 girls hit him up in the DMs.

While girlfriends complaining about banker boyfriends appears to be a TikTok thing, there are fewer boyfriends complaining about banking girlfriends on the site- which is perhaps surprising given that banks now make an effort to hire both genders equally. Instead, financehardess has posted a few videos about her lazy stay at home boyfriend who sleeps late and works on the sofa with one leg up in the air.