Morning Coffee: The JPMorgan banker who refused to work for an abusive boss. When Goldman Sachs bankers don't get along 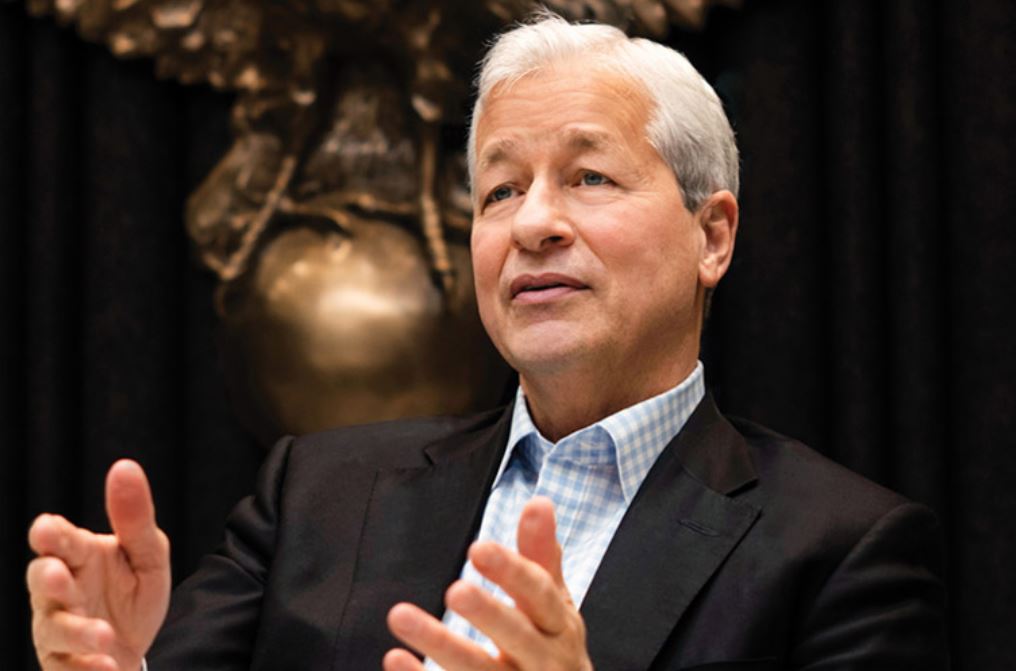 Every bank has a few. - Managing directors who like to flex their authority by intentionally requesting work late in the day or pre-weekend so that juniors sacrifice sleep or downtime. No one wants to tolerate it, but pushing-back when you're only an analyst isn't easy. Fortunately, JPMorgan bankers now have a role model who's shown how to go about it.

The Sunday Times reports that, in his early 20s, one JPMorgan banker was asked to complete some apparently urgent work over a weekend and to deliver it first thing on Monday. He did this, but on Monday morning there was no sign of the man who'd commissioned the work. There was no sign of him at 10am; he was not there at midday. Finally, the man rolled in at 1pm. When questioned about his lateness, he said he had simply wanted to ensure the work was delivered "nice and early."  Exasperated, the junior told him: "But you ruined my weekend. And because of that, I will never work for you again."

That junior was Jamie Dimon, the now CEO of JPMorgan. The incident didn't happen at JPM, but at Boston Consulting, where Dimon worked after graduating in psychology and economics. At the time, Dimon was on the lowest rung of the consulting ladder and was interacting with a semi-sadistic partner at the top. Colleagues reportedly tried to talk him down from his refusal to work with the partner again, but Dimon was adamant and said they could fire him if they wanted. He left voluntarily shortly afterwards for an MBA at Harvard Business School and developed a banking career instead.

Dimon may have been emboldened by the fact that consulting was just a stop-gap, but his approach shows that outing bad bosses can be an effective strategy, as long as you're prepared to accept the subsequent dangers of having a disgruntled partner or managing director plotting your downfall.  In Dimon's case, the fact that he then studied an MBA, switched industries, and that his parents knew Sandy Weill at Citigroup may have fueled his intransigence, although the Times suggests it's also something of a character trait: Jamie Dimon only does what Jamie Dimon wants.

The Times profile of Dimon is full of other interesting tidbits, including the fact that "he carries around in his pocket a folded-up piece of paper with a handwritten list of who owes him favors and who he owes," and that Dimon was allegedly fired from Citi for failing to promote Weill's daughter (despite owing Weill many favors). There are comments from admirers (“He is both very strategic and very hands-on. He knows every detail. He analyses things and answers quickly. He’s very sharp, sometimes a bit tough. He always keeps his word.”) But there are also comments from detractors (“He’s a king-emperor. He’s a complete narcissist. Underneath it all, he’s a 1960s, or even 1950s American CEO who believes, genuinely, in absolute power.”)

The latter - provided by someone who left JPMorgan on "bad terms" and who has an axe to grind, may not be entirely impartial, but it does suggest that people who try Jamie's technique on Jamie himself may not be treated as leniently as he was in his 20s. Dimon isn't known for making people work unnecessary hours, but he has made some unpopular decisions - like demanding people return to work in the office. It's hard to conceive that junior JPMorgan bankers who stay at home and say "fire me" will still be employed in 2022.

Separately, Goldman Sachs bankers have a reputation for being pleasantly collegiate and all about teamwork, but when you leave Goldman, you're seemingly liberated to bitch about the people there you didn't get along with.

One of those is Mark Carney, the former Goldman banker and Bank of England governor, who is currently trying to get banks to commit to stop financing fossil fuels. Carney, who worked for Goldman Sachs for 13 years until 2003, has elicited a gripe from Evan Siddall, another former Goldman Sachs MD who worked for the firm between 1997 and 2002. “He has a hubris and impatience that limits his ability to manage people,” Siddall commented to the Wall Street Journal on Carney. This may be true, but it doesn't seem to have impeded Carney's career, either at GS or elsewhere.

Jes Staley has resigned at Barclays amid a UK regulatory probe into how he characterized his relationship with Jeffrey Epstein. (Bloomberg)

Tariq Fancy, the former chief investment officer for sustainable investing at BlackRock, says there's an intergenerational battle over ESG investing. " If you’re a 22-year-old at BlackRock, you’re at the bottom of the totem pole, and so you gain the least from the status quo and you’re most at risk from inaction. And actually, if you’re Larry Fink, who’s 68, it’s the exact opposite: you’re at the top of the totem pole, gain the most from the current system and has the least at risk from the consequences of inaction." (Financial Post)

Steve Schwarzman's daughter has got a podcast that has made her queen of the New York literary scene. "Zibby is one of these unicorns in Manhattan that truly does know everybody. She has tremendous wealth and power. And if she likes you, she's somebody who will really take you under her wing and help to either launch your career or catapult you to the next level." (Business Insider)

A $345m writedown on a U.S. transaction from over a decade ago caused most of Nomura's quarterly profits to evaporate. (Financial Times)

Goldman Sachs traders have made $100m after acquiring Steinhoff debt at distressed levels four years ago and holding on it through its rebound. (Bloomberg)

Private equity fund demands that staff work in the office. “I’m sure flexible work is good for certain industries, but not in private equity. Private equity is an apprenticeship and relationship business, and you cannot apprentice by Zoom. You cannot learn by Zoom.” (Bloomberg)

Revenue at Goldman Sachs' Dublin office has risen from $655m to $780m in the past year. (Business Post)

Junior lawyers at US firm Kirkland & Ellis appear to be clocking off at 11.30pm this year. Last year they were stopping at 9.46pm. (Financial Times)

Lazard has hired 24 senior investment bankers and advisors this year and is still hiring. (Financial News)