Endlessly shrinking Credit Suisse: costs cut by 27% in a decade 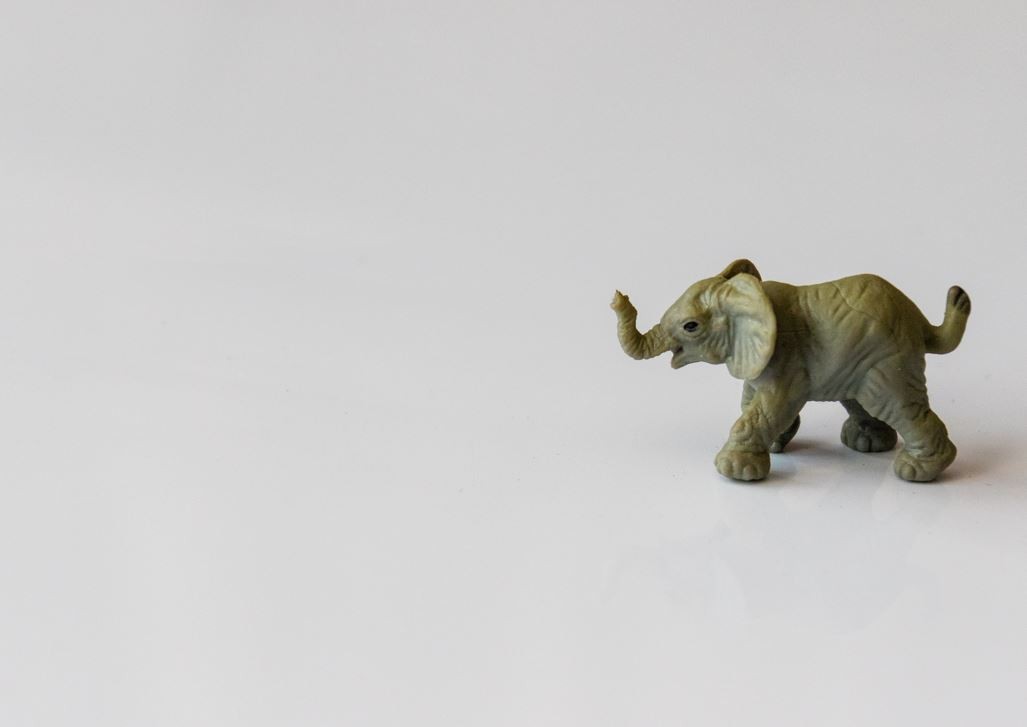 As Credit Suisse lines up what will reportedly be an "aggressive plan" to cut headcount with thousands of new job cuts, employees in its investment bank may justifiably feel a little fatigued. Especially if they've been there for a while.

Credit Suisse's newest restructuring, which is being orchestrated by a coterie of board members who've spent their careers at other banks (Michael Klein from Citi, Richard Meddings, from Deutsche Bank, Barclays and elsewhere, Mirko Bianchi from UBS, Deutsche, Unicredit, and Blythe Masters from JPMorgan), is the latest in a litany of cuts that began in 2015. Then, CEO Tidajne Thiam set about trimming the bank's adjusted cost base from CHF21.2bn in 2015 to CHF16.4bn in 2018. Under the latest proposal, costs will be cut again, to less than CHF15.5bn in the medium term - a fall of 27% in a decade, or less.

As the chart below shows, markets revenues at Credit Suisse in the first half of this year were at their lowest level of four years, below even 2018 when the bank was fresh from cutting under Tidjane Thiam. In equities sales and trading, this might be expected - the bank has closed its prime services business in the 12 months and lost 98% of revenues associated with that (while still being saddled with many of the costs) according to current CEO Thomas Gottstein. In fixed income sales and trading, it's less explicable. The departure of most of the best credit traders and swathes of the securitization team haven't helped. Nor has the bank's focus on credit over macro in a market where macro traders have been doing well. But to preside over a dramatic drop in trading revenues in a market where most rivals have enjoyed a dramatic rise looks unfortunate.

Whatever happens next will not be minor. Gottstein said last month that Credit Suisse will be "fundamentally reshaping" its investment bank and that this will be driven by the creation of a "more focused markets business that complements the growth of the wealth management and Swiss banks business." As we've noted before, this could imply the closure of both securitized products and credit trading as a whole.

Equally, the "capital light" focus might suggest a jettisoning of macro trading too. After Credit Suisse's investor day last November, JPMorgan's banking analysts highlighted the chart below from a CS investor day in 2015. Since then, prime services (PS) has already gone; in a capital-focused world, macro trading is maybe next. 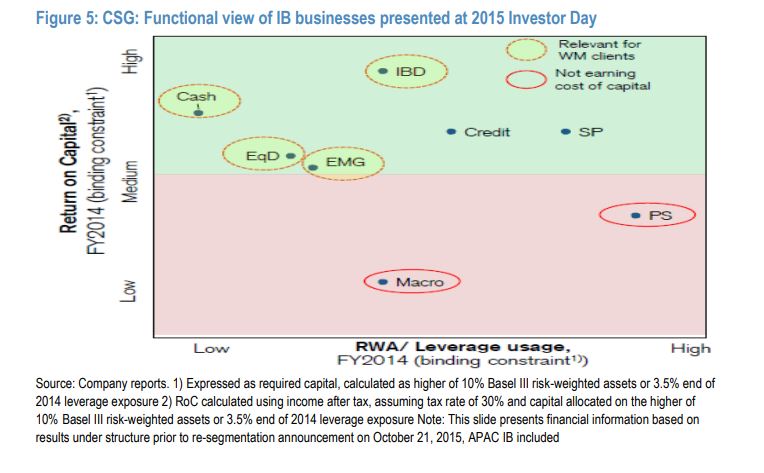 This may not matter from a broadly strategic point of view - JPMorgan's analysts also say that "the new strategic direction of a light IB model is clearly very positive," for CS. However, it probably does matter if you work in the Credit Suisse markets business. It looks like a shadow of its former self, even before the next round of cuts.

Click here to create a profile on eFinancialCareers. Make yourself visible to recruiters hiring for dynamic jobs in technology and finance.