"I have no choice but to live frugally now. And I'm much happier" 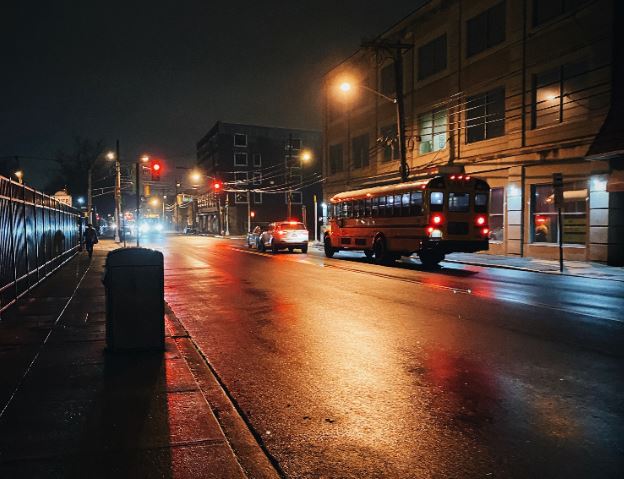 If you haven’t encountered Herb Lust, either in his corporeal form in Manhattan or in the global digital ether, you could be missing some valuable direction in life. A financial services veteran, still in the industry after 42 years, who’s scaled the sell-side and buy-side, who made a fortune and who lost it again, Lust – whose name itself suggests a totemic presence – is a dispenser of Wall Street wisdom. In a world of visual memes, Lust is an old-school philosopher: he’s all about written parables and reflections on what makes a good life. And having tried plenty of different ways of living himself, he’s in a good position to judge.

“At one point in my career, I had my own brownstone and a large and sweeping view of the Hudson River,” says Lust. “And then, within a couple of years, I was living in a one bedroomed studio in an industrial district with a seven-foot tall ceiling, open pipes, and a boiler in the closet.”

He’s also had three marriages and gone bankrupt. The first left him with bills to pay. The second narrowed his career options. “I have no choice but to live frugally now,” he says. “– I have two sets of children that I have to support and the net income left to me to live is very little.”

In a typical LinkedIn post in early December, Lust described how he traveled from Brooklyn to Westport to see his kids: “One hour from Brooklyn to Grand Central. One hour from Grand Central to Westport. Walked the 2.4 miles from the Westport train station to their house (saves $20 car fare), took 'em 'round the corner for a pizza, then walked back.” On the walk back, Lust was passed by an endless stream of Mercedes and BMWs. “I used to own a sweet Benz convertible myself, so I know what a joy they are to drive,” he wrote. “Saving that $40 is a nice meal with the children, so well worth the hike. I laugh and say to myself: "They got their Benz and I got my two legs!"”

Lust chose bankruptcy after his third marriage failed. “I was rich once upon a time – not mega-rich but I was making $1m to $3m a year,” he says. “All of that is gone: at one point the bills were challenging and then they were impossible – I went bankrupt; I had no choice.”

Bankruptcy is feared in banking: U.S. federal law allows employers to reject candidates on the grounds of past bankruptcies and big banks typically exercise that prerogative. However, Lust says it doesn’t close all doors: he’s still working now; he became an MD at Cantor shortly after the event.

Nor is living on less money a bad thing. When he found himself living alone in the one-bedroomed studio with the cramped ceilings and the conspicuous pipework, Lust says he was happier than he’d been for years. “It was like, ‘Ok, now I don’t have to worry about all of that’,” he says. “I just wanted to see my children and enjoy my life.” He read a lot: “I fell in love with Ovid in that year. I’ve always been a voracious reader and when I began living on my own again on a permanent basis, I had a lot of free time.”

Lust makes the life of the solitary Wall Street ascetic sound appealing, but he is all for marriage if it’s about more than the convenience of shared wealth. “I am obviously terrible at Wall Street marriages, but thinking about the cases I know where marriages succeed, both people are intelligent and have their own career interests and there is a mutual appreciation of what each other is going through.” Life on Wall Street isn’t easy, says Lust: “There will be nights when you wake up in a cold sweat over your positions.” The best finance marriages involve empathy and independence. - The spouse of a finance professional needs to be “self-sustaining,” says Lust: “The other person is going to be around a lot – they’ll be working long hours and travelling for their job. In a Wall Street marriage, you need to be able to find contentment when your spouse is not around.”

Lust also dispenses with the notion that people in finance are somehow less deserving of ‘true happiness’ by virtue of their careers. “The financial services industry does have a lot of unpleasant people but so does every other walk of life,” he says. “Maybe 30% instead of 10% are unpleasant, but also some of the most ethical and interesting people I have ever met work on Wall street – I don’t like painting any walk of life in a univariate way.”

The wisdom of Lust:

“What people say and what people do are two different things. Being grateful and being realistic are also distinguishable concepts. If it seems too good to be true, it really is too good to be true. A promise opens up a possibility, not an inevitability. Nor does a broken promise necessarily prove ill will; it can simply indicate that verbalizing the promise was inherently socially pleasurable, whereas performing in accordance with the promise was personally inconvenient or worse. Furthermore, there is the issue of unstated or unconscious conditionality. Bottom line: most people don't know what they are saying half the time. Given their limited abilities at self-understanding, it's best to let the vast majority of broken promises slide. It's your fault for overly relying on them. If someone makes a promise, that's nice. If they deliver, that's even nicer. That's about all one can say.”

“Comparing pain across one individual to the next is insulting to each and useless to oneself. Better to leave the full measure of compassion to them both without distinction as they desire. To gradate is to diminish and almost to deny.”

“There's a fine line between persistence and annoying.”

“No one can ever be "whole" or "complete." That's just goblledygook. You will always be a fraction of your potential and in this moment you are a fraction of your life. You will never be complete because you are changing i.e. living. Unity is a goal of reason, perhaps, but that doesn't make it a felt fact of existence. Life is a mess and you can't tidy it up just by rolling your eyes to the back of your head and repetitiously chanting something someone else wrote. You will apply flexible matrices to phenomena in order to influence and control them, but the more dynamic and creative you are, the more willing you are to cycle through a multiplicity of forms, and whatever that is, it ain't wholeness and completeness.”

Photo by Phil Aicken on Unsplash