“I survived the jungle; I can survive anything”: Singapore bankers toughened up by National Service 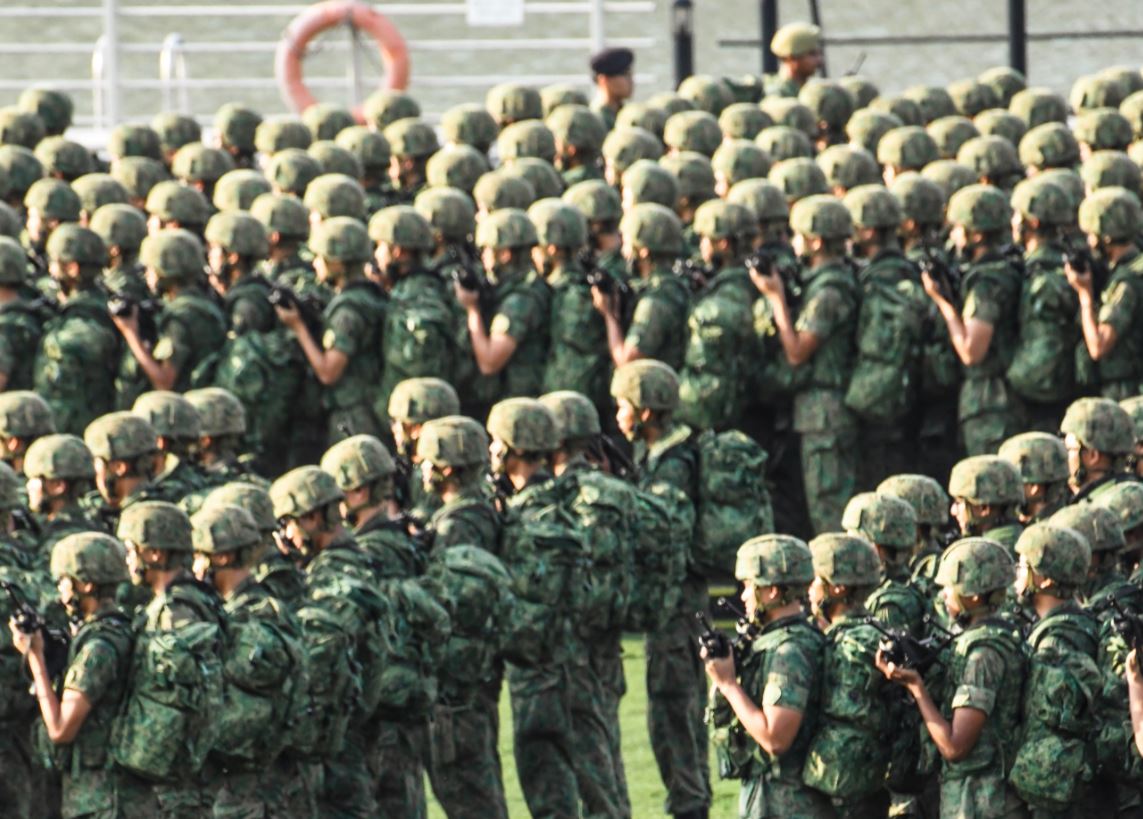 When investment banker Spencer is having a bad day at work, he reminds himself that he went through much tougher times during his National Service (NS) in the Singapore Army. “NS was hard for me, with numerous five or four-day night missions surviving on very little sleep. It was physically and mentally exhausting. So now on days when my banking work is tough and the hours are long, I draw on those army days for the inspiration that I’ve done it all before,” says Spencer (a pseudonym).

Male Singaporeans spend two years full-time as National Servicemen in the armed forces, police, or civil defence force when they turn 18, or sometimes after they complete further education. Most join the army. “NS is what you make of it. Some choose to slack, but others do their best. For me, it built a never-give-up attitude,” says Spencer.

Jake, a corporate banker, says his strong will power, which was forged in the army, keeps him motivated at work. “I developed a mindset during NS that it isn’t over until you say it’s over, and that success all boils down to you. This ensures I stay confident and focused as a banker, even on days I feel fatigued or less enthusiastic,” says Jake, who served as a captain. “To lead, to excel and to overcome: that was my officer creed, which I still hold close to my heart today,” he adds.

When Jake was 19, he undertook a two-week “jungle confidence course” involving surviving alone in the Brunei jungle with no food or clean water provided. “You’re constantly wet, hungry and tired, and bitten head to toe by vicious ants and sandflies. Whenever I face a challenge at work that seems too big, I soon realise that it isn’t. If I can survive the jungle, I can survive anything,” he says.

Henry, an experienced investment banker, says National Service taught him to be more resilient. “I’m better able to take bad stuff that comes my way at work. NS also made me very task focused, which helps me in banking now. In the army, results matter more than process,” says Henry, who like the other finance professionals we’ve quoted asked us not to use his real name.

William was a physical training instructor in the army and now works as a relationship manager for a European bank. “I always advocated self-discipline during my army term. This mentality now helps me to achieve my own goals and meet targets the bank sets me,” he says. “NS taught me how to act independently and self-learn new skills. This helped me a lot in my initial career due to the steep learning curve in banking,” says William.

Being thrown into the army taught Henry leadership and teamworking skills at a young age. “During NS you’re forced to work with people; you don’t get to choose who they are. That’s much like in a large bank. As a platoon commander, I had the additional benefit of managing a very diverse group of people, some of whom were older, wealthier, tougher, weaker, and poorer than me. I had to win their buy-in and hearts,” he explains.

Spencer also held a leadership position in the army. “This built my confidence in public speaking, which is now helpful in client presentations. And the army taught me to always try to look beyond specific tasks and figure out what the boss or the client is actually trying to solve. Always take the initiative and add value as a banker,” he adds.

After their full-time NS is over, male Singaporeans are called up for annual reservists training stints of about two-weeks over several years. Jake says these hone his leadership skills. “Every year I have to manage more than 900 men who live, eat, and train together. I handle admin matters, discipline issues (I’ve sent men to jail for misconduct), promotions, training programmes, and medical emergencies. It keeps me on my toes,” he adds. Like all employers, banks grant paid leave to reservists who are called up each year.

Although the bankers we spoke with agree that NS enhanced their soft skills, some say their employers don’t necessarily make the link between their army experiences and their strong performance at work. “If your boss is female or a foreigner, they don’t always recognise what you’ve been through. In that case, it can be a hard sell at a job interview to quantify the benefits of NS,” says Henry.

Photo by Bao Menglong on Unsplash